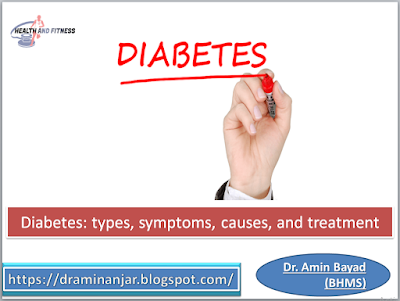 Work of insulin (a hormone produced by the pancreas ) is to control the blood sugar level in the body. After we consume food the blood glucose level is increasing and then insulin is released from the pancreas and controls the glucose level of blood but in case of diabetes, there will be absence or insufficient production of insulin that causes hyperglycemia(increased blood sugar level).

Diabetes is India's fastest growing disease about 72 million cases recorded till 2015 and this will be double in 2025 diabetes cases in India. this is a serious public health challenge to the country.

According to the report of the Indian Council for medical research and institute for health metrics and evaluation that diabetes prevalence has increased by 64 percent cases in India.

According to the world health organization featured a sheet on diabetes an estimated 3.4 million death is caused by high blood sugar. that organization also estimated that 80 percents of diabetes deaths occur in low and middle-class income countries and in between 2016 to 2030 deaths due to diabetes may be an increase in double.

In India 2010 about 51 million people are recorded for diabetes and in future 2030 it may be increased to about 87 million.

TYPE 1 DIABETES is an autoimmune condition that destroys the beta cell of the pancreas by our immune system and this damage is permanent.

TYPE 2 DIABETES in this pancreas is normal and also secretion of insulin is also normal but the response to the insulin is not properly done by our body so that's why blood sugar level is increased. There is some factor which is also responsible for developing type 2 diabetes.
GESTATIONAL DIABETES During pregnancy there will be a lot of hormone imbalance occur so that's why there is also an imbalance of insulin and mother developed gestational diabetes.

In type 1 diabetes weight loss occurs and one serious condition ketoacidosis will form if diabetes is poorly controlled.

In type 2 diabetes can causes dark patches in folds of skin.

The complication in diabetes occurs due to poor control blood glucose level and can increase the risk of the serious complication that may be life-threatening.
IN GESTATIONAL DIABETES

Type 1 diabetes is an Autoimmune disease which cannot be prevented so there are no any preventive measures for type 1 diabetes.

Type 2 diabetes can be prevented if we change our lifestyle and diet.

We cannot completely treat diabetes but control the sugar level for further complication and live a healthy life with help of your doctor. In diabetes treatment plan our main goal is to control blood sugar level within limits according to which type of diabetes you have.

Insulin is directly injected under skin your doctor can teach you to use of insulin pump so you can easily give shoot of the insulin pump in at home.

Type 2 diabetes managed by diet and exercise and there is some medicine are also available for controlling blood sugar level. Choice of medicine depends on your blood glucose level. Your doctor very well knows which medicine should prescribe in that particular range of blood sugar level.